The last will be first, say what now?

What does it mean, the last will be first?

My pastor, Seth Kaper-Dale, is running for governor of NJ**. His  campaign slogan is, “The last will be first.”

“Sounds religious-y”, says my husband. His only church is the kitchen and his only dogma the writings of Tom Robbins.

It is taken from the bible. Matthew 20:16. Almost any good quote you know comes from either the King James bible or Shakespeare. The 16th century was a serendipitous time for the English language. It’s right after, “a camel will go through the eye of a needle, yada, yada, and and just before he calls the temple moneylenders, “a den of thieves.” Good stuff. Jesus is speaking in parables because his disciples were, let’s be generous, kinda simple. For example, a few chapters before they’re arguing about who among them is going to be greatest in heaven, like kids arguing over who is mom’s favorite. Don’t be silly, dears, I love you all equally. Now go do your chores….

This particular story concerns some farmworkers, day laborers, perhaps? A group agree to work in this guy’s vineyard all day for 10 denarius (denarii? My Latin is rusty). At some point, the owner sees more dudes (only an assumption, their gender is not mentioned), and says, “Hey, why aren’t you working?” And they say, “Because no one hired us.” So the owner brings them in and gives them work. This happens a couple times throughout the day and, long story longer, at the end of the day they all get paid the same: the ones who worked all day and the ones who only worked a few hours.

But that’s not fair! You know it and I know it. Why should I get paid the same as some slacker who only worked an hour or two? The owner says, “Look, I made a deal with you and you took it. Like it or lump it.” I’m paraphrasing, but you get the point. And what were those late-comers doing all day? Did they sleep in? Were they drinking at the local well? The bible remains silent. Only that they were all paid the same. I looked this up on the internets. Obviously it’s been written about A BIT. The major consensus on the theme is that God’s ways are not our ways. I don’t know about you, but at this point I’m still trying to think, “how is this fair?” I mean, don’t we all have that one co-worker who makes us wonder, “how in the world do they still work here and get paid what I get paid?” That group member who does the least amount of work and still gets the same credit on the project? That selfish, nasty relative who asks for forgiveness on their deathbed when WE’VE been good people all along! Why should I even BOTHER working hard and doing the right thing EVERY. DARN. DAY. when some slacker is gonna come in at the last second and get the same reward. If we do that, where is the incentive to work at all? Soon, everyone will be slacking off and holding out their hand for 10 denarius (denarii) and THEN WHERE WILL WE BE? It’ll be anarchy in the streets, see if it isn’t.

But remember…we don’t know why those people weren’t working all day. We only assume they’re slackers. Maybe one had an ill family member that they care for, maybe one was up all night with a sick baby and overslept, maybe one found out his donkey had been repo’d and had no way to get to work. Maybe, your co-worker is going through a really hard time at home right now. Maybe that no-good family member had a drug addiction and finally got clean, even though sobering up meant facing all the harm they’ve caused. Maybe asking for forgiveness was their last change at grace. You don’t know. Don’t judge.

That’s the Christian take on it, anyways.

You don’t have to be any shade of religious to know that life isn’t fair, though. It’s the complete opposite of fair: it’s “nasty, brutish, and short” (Thomas Hobbes, born-16th Century, see what I mean?). Good people die and cruel people vanquish. Children go to bed hungry, veterans are homeless, old people languish in care homes, forgotten. But you don’t have to worry about ANY OF THEM. Just take your paycheck and go about your business. If your boss isn’t fair, go work for someone else, someone who understands the value of an honest day’s pay for an honest day’s work (Proverbs, also Fiddler on the Roof).

But there’s another saying, “A rising tide lifts all boats” (JFK, 20th Century, so sue me). I can’t fix the whole world. I can’t be perfectly fair, no matter how hard I try. But I can be as generous as I am able. That’s why I give my kids an allowance, even when they don’t really sweep the floor that well. It’s why I do little favors for my husband, even when I’m mad at him. It’s why I sometimes give an extra dollar to a homeless person, even when though they might use it to buy a pint. I don’t need to vet these people for their intentions. Because the cost to me is minimal compared to the possible gains for them: my kids learn responsibility, my husband has a little more free time, the homeless person might instead use it to buy a hot coffee so Starbucks will let him sit down and stay out of the cold for a few hours.

Imagine a society that values generosity. Go on, I’ll wait right here. A world where hard work gets rewarded but people who are without get rewarded too. It’s impossible, right? We don’t have that kind of money. And it’ll attract the wrong crowd, it’ll lead to laziness and rock and roll and anarchy, remember? But maybe, maybe-we can imagine the things we truly value: stable families, good education, good health, hard work, being able to spend time with family and friends. Do you really believe that you want those things more than anyone else? Maybe, we can put our money toward things that contribute to those values. We may disagree on the means, but I truly believe that most, if not all people want the same, three, basic things: a roof over their heads, enough food, and a hopeful future for themselves and their children. If we focus on those things, if we allow ourselves to be generous, just a little, as a group, as a state, as a nation, to be generous towards those goals, then who knows what the return will be?

The last will be first means that we challenge the notion of “I got mine.” Like Elizabeth Warren speaking about the social contract, one’s success requires an ever widening circle of social supports. This isn’t feel-good kumbaya stuff, this is good sense. Funding education, healthcare, safety nets like food stamps, public transportation-you may not use them, but think about the consequences of not having them: a country full of people who are hungry, ignorant, isolated. Raise those people up, let all kids have a good education and enough to eat, make it easier for someone without a car to get to work, just make it easier for folks to live their lives—makes life better for everyone. Like planting a tree that might not bear fruit until after you’re gone, like clearing a path even though you might not come back this way again, helping the least of us helps all of us.

The World of Transplant is getting more and more AMAZING

There have been so many transplant stories in the news lately, how could I not write something?

Even though I've been toiling in the ED, my heart still belongs to transplant. Wait...you know what I mean. Anyhoo, let's start off with a story that's been on many news sites. Thomas Manning just became the first person in the U.S. to receive a penis transplant. The 64 year old had penile cancer and had to have his penis amputated in 2012. The remarkable thing is that he has been very open to talking about the procedure in an attempt to remove the stigma surrounding "genital" transplants.

Some info from the NY Times

But I really like this article, and Thomas Manning, for opening up about the surgery and its implications for men who have pelvic injuries, particularly combat veterans.

But this article really takes the cake, (or the donut). Stay classy Daily Mail!


This link explains the anastomosis. Be prepared...it shows a PENIS!

I used to think that donating something "weird", like my face or skin, was too creepy. Until you see a picture of someone who hasn't left the house for a decade because someone blew their face off. Then, it's like, "Well, that's one more part I won't need anymore. Might as well help someone out."

This Week in Transplant News


Sad news from South Jersey. And please, please wear your seat belts. They really do make a difference.

Living kidney donation story from Hub City. Shout out to all my transplant peeps!

I've been having mixed feelings about the new X-files. You gotta love Scully and Mulder: the chemistry, the corny jokes and snappy comebacks, David Duchovny's fine line dancing. But why do they suck at medical stuff? Every ICU and OR is dim. Maybe Chris Carter is setting a mood, but to me it looks like they're on generator power. And when Scully's mom is dying..."she's brain dead, she's in a persistent vegetative state." And then they have to cart her body away quickly because, "she's an organ donor" after she goes into asystole. It may be minor, I know. And don't even get me started on this one. Oy. 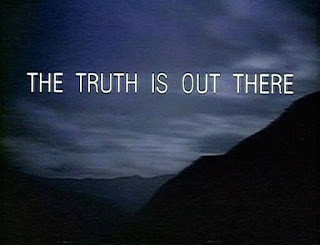 I can't believe I haven't written in 4 years and I got 18 web hits today.


I've been thinking of blogging again on a regular basis, so keep tuned because apparently this is the blog that won't die (or perhaps parts of it will be transplanted into another blog :)

No, seriously. I've been working in the ER for the past 4 years going back to school and trying to figure out where I'm going from there. School is almost over, I have 2 more classes and graduate in the Spring, huzzah! After that, I want to be a nurse practitioner, be a psychiatric NP, work with troubled kids, help improve health care policy, work in an overseas clinic and generally try to save the world.

What are we gonna do tonight, Brain?
Posted by Shig at 3:59 PM 2 comments:

Best article I've ever read that describes brain death and "life support". Good read if you want to understand what brain death is and how it differs from a coma.

over at this blog...
http://normalnewjersey.blogspot.com/
come by and see what else I'm up to that has nothing to do with anyone's organs.
TC
Posted by Shig at 1:25 PM 1 comment:

I want to tell you a story. You may think you know the people involved, especially if you’ve been in health care for any period of time. Lat... 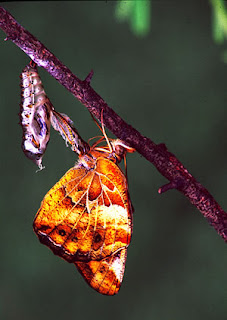 Why do we do it?The recipients